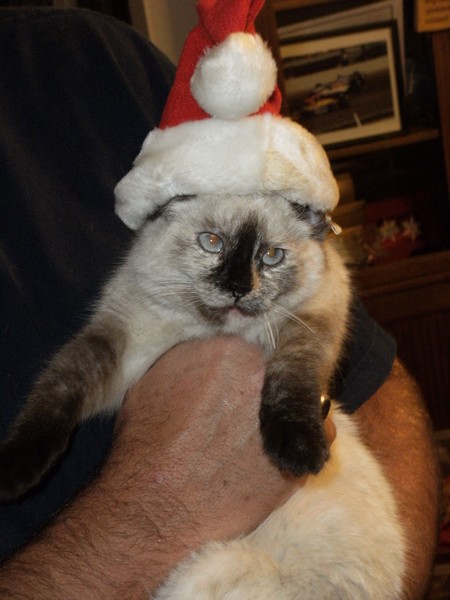 Simone was definitely not thrilled to wear a Santa Hat...wishing all of my web visitors a Merry Christmas.

All I wanted for Christmas was to Keep My House
Posted December 14, 2008 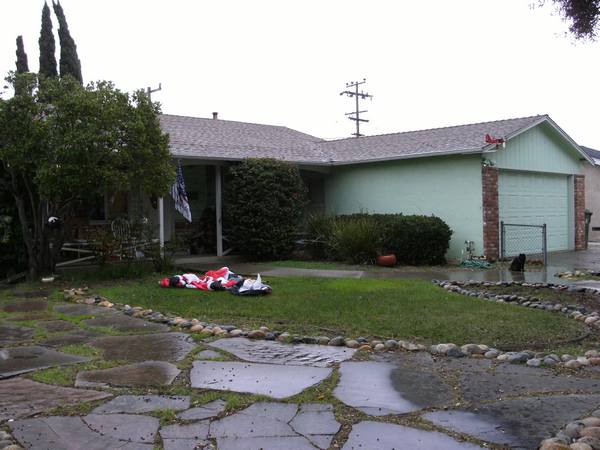 So finally...I got my house situation settled and the good news is that I get to keep it.  It's been scary - lenders not even wanting to talk to you until you're in default...or worse.  I was afraid to do anything - even a deep cleaning - until I knew my fate.

Spacerock Gets Some Upgrades
Posted December 3, 2008

I've been learning a lot of new web tricks lately and realized I'm not showcasing them where I should be - on my website which I show potential employers/clients!  Take a look around - there are more coming. 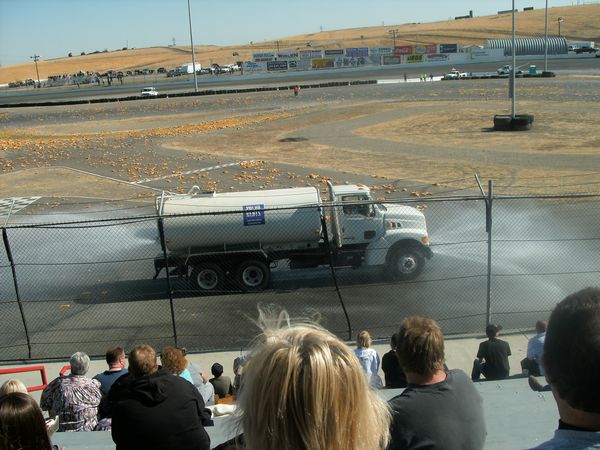 Every year at the Altamont Raceway Park, the season culminates with the Pumpkin Smash event.  Fans arrive to the track and there are pumpkins all over it.  What for, you ask?  So that way the fans can come down and smash them onto the track - and then a truck will come by with soapy water and then what--there's a race!  Or is it a demolition derby?  Or both? 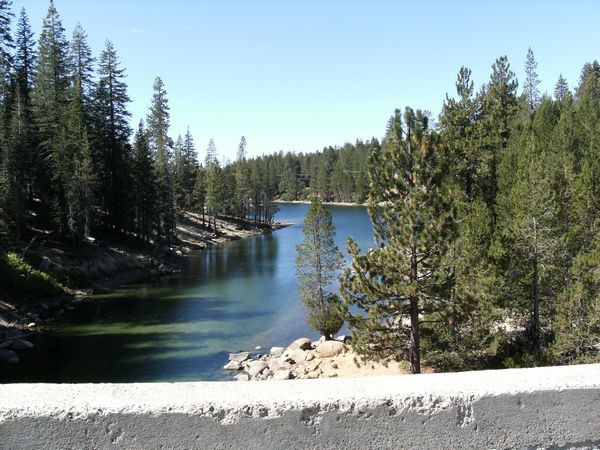 With cold weather right around the corner, my gent friend, Eddie and I decided to slip in a late season camping trip to my favorite spot, Huntington Lake. 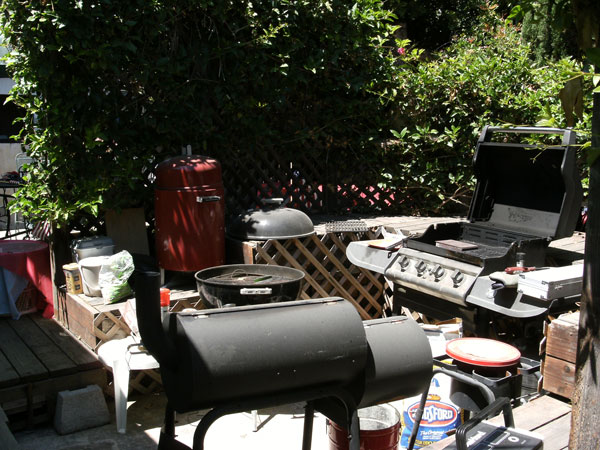 I can't believe it is July 31st.  What HAPPENED?  It seems like it was just Spring.   I had a promising summer building (that crashed and burned with the loss of my job and the breakup of what I thought was a relationship with a lot of hope in it).  Now I'm finding myself going into August and what happened?

I guess I really suck at relationships.  I've never been lucky in love, or in this case, like.  I thought things were going really well and then things started to feel weird; communication broke down and the affection began to wane (I'm super affectionate), I found myself being spoken to rudely, and well, it just fell apart. 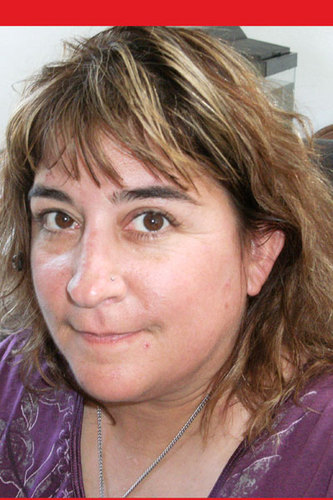 A long time ago, I had my nose pierced.  I took it out several years ago and have been thinking for about a year I ought to do it again.  So today was the day.  What the heck - I am making changes so I had this place called Body Exotic in San Jose recommended to me as being hospital-like clean, so off i went. 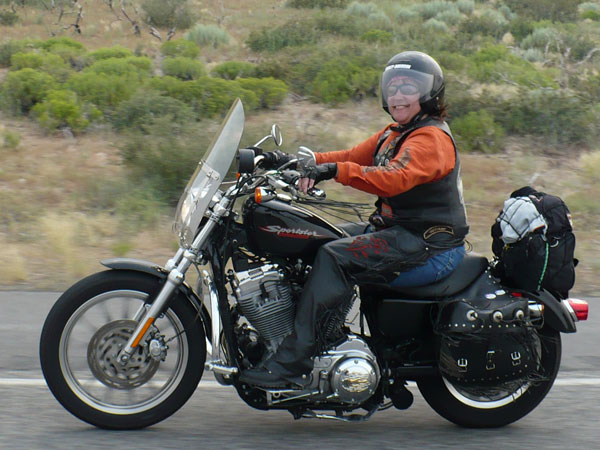 So I had my second 'overnighter' trip with my HOG group - and it was a blast.  We went to Mammoth Lakes and I had my first look at Yosemite.  I know, I know.  I was raised in the Bay Area and had never been to Yosemite - well I can't say that now. 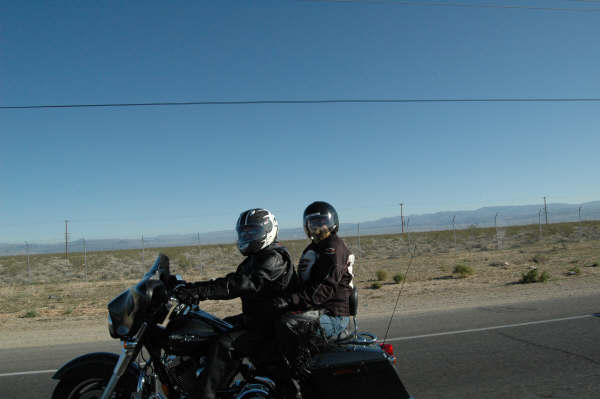 My first long trip was at the end of March to Death Valley.  I rode a different bike (which had a handlebar I had to reach for - agony) on Friday to Ridgecrest - 380 miles.  I was in pain so Bob offered to take me 2 up on Saturday.  It was a new experience to ride 2-up!